A big part of what’s been helping me get through the “Corona-Crazies” lately is nostalgia. As a retro video game collector, nostalgia is something which is ever-present in my life. Some people would see this as a negative thing, that we shouldn’t dwell on the past. But in trying times like these, remembering and trying to re-experience those simpler, happier times is, to my way of thinking, completely healthy.

But when you ARE someone like me, and you’ve surrounded yourselves with memories of days long past, you tend to double-down on nostalgia in times like these. I find myself watching old 90s Anime series I grew up with, like Maison Ikkoku, Macross Plus, Bubblegum Crisis, Love Hina, Chobits, Cowboy Bebop, Serial Experiments Lain, Guyver, Urusei Yatsura, and ESPECIALLY Ranma 1/2; and subsequently I find myself digging up music which reminds me of those series.

To that end, I’ve gone down a bit of a musical rabbit hole. I recently started doing a bit of research on Japan’s 80s City Pop scene which informed so many of the soundtracks from the anime series I mentioned (among many others). There’s some really groovy stuff to be found, and it’s definitely worth a listen. There’s something so comforting, so innocent and hopeful about these old anime series. And about the 80s/90s Japanese aesthetic in general. It was definitely a hopeful time for Japan. They were deep into an economic and cultural boom. But I digress. What I really wanted to share in this post is some of the music, anime, and other media which have been helping me get through these challenging times. There’s enough here though, that I’m going to split it up into a few different posts. Today we’ll start with…

Bubblegum Crisis is a cyberpunk mecha series which tells the story of the “Knight Sabers”, a high tech mercenary group who are often called in to deal with situations the police and military cannot handle. All too often this means dealing with rogue robots, or “boomers” as the series calls them. There’s lots of whizz-bang action in this one, and the music is pretty great.

Hoo boy, strap in for this one. Bebop is a certified classic. An effortlessly cool space western that tells the story of a misfit duo of hard-luck bounty hunters, and the mix of drifters, grifters, and other strays they pick up along the way. I wouldn’t be surprised to find out that this series at least partially inspired Joss Whedon when he made Firefly. And the SOUNDTRACK…oof. Bebop’s soundtrack (courtesy of Anime soundtrack virtuoso Yoko Kanno, alongside his band, The Seatbelts) is almost MORE legendary than the anime itself. When the opening theme, “Tank!” hits, you KNOW you’re in for a ride. Here, just…just listen to this, you’ll see what I mean:

I know. I know right? Of COURSE you wanna watch it now. In fact, just go watch it and then come back and keep reading this. Bebop is just that goddamn good.

Another classic from my childhood. The best way I can describe Ranma 1/2 is that it’s like a bonkers slapstick-y coming-of-age sex comedy. The premise is this: Genma Saotome is the founder of the School of Anything Goes Martial Arts. During a training exercise in China, Genma and his teenaged son, the titular Ranma, run afoul of the cursed Jusenkyo springs. Upon each of them falling into the springs during training, they discover why these springs are cursed. In each spring, something has drowned; now whomever falls into one of the springs takes the form of whatever drowned in that spring whenever they are splashed with cold water (hot water turns the cursed person back). In Genma’s case, he turns into a Panda. However, in Ranma’s case, he turns into an attractive, redheaded girl. If this weren’t enough of a conundrum, it seems Genma and his friend and co-founder Soun Tendo, had planned an arranged marriage between Ranma and Soun’s daughter, Akane, as a means to continue on the family business. There’s an impossible amount of additional wackiness that happens to round out the plot, but honestly, there’s so much going on in this series that it kind of requires its own blog post. Suffice to say this series is unbridled, anything goes (see what I did there?) wackiness, with plenty of oppressed Japanese innuendo, and a heart of gold.

Macross Plus is a Four-Part OVA (Original Video Animation: Essentially an Anime Mini-Series, for the uninitiated), which is set in the Macross/Battletech universe (though you don’t really need a whole lot of experience with it to grasp the story here). The plot centres around two former friends and test pilots and the girl who came between them. This is basically an angsty Top Gun with a love triangle, and it’s AWESOME. Again, really strong soundtrack on this series, thanks again to the genius of Yoko Kanno. Definite cyberpunk vibes, early 90s techno-informed pop kinda sound mixed with some VERY haunting solo vocals. This soundtrack blew my mind as a kid, and the visuals (courtesy of Shinichiro Watanabe, who also helmed Cowboy Bebop) were groundbreaking for the time.

There’s a lot more I could list here, and maybe I will, eventually. Hell, maybe this all represents a reawakening of my love for Anime, because it’s been a long time since I dove this deep into it. At any rate, I’ll leave you with one more recommendation, because it’s part of what sparked my journey down this rabbit hole in the first place…

RetroCrush is a new, free (ad-supported) streaming service which specializes in retro (80s-90s) Anime. I was introduced to it by a co-worker (thanks Earl!) and I’m relatively impressed by the selection. The only gripe I have with the service is the ads. I’m not opposed to an ad-supported service, however what does bother me is how they serve up the a-HERE’SANADFORSOMETHINGINTHEMIDDLEOFASCENEANDWE’REGOINGTOPLAYITTHREETIMESINAROW. Ugh. Still though, you can’t beat that selection. If you feel like you can put up with the ads (or be sneaky and find some way *cough*PiHole*cough* around them), it’s a decent service for the price.

And that’s it. In part two of this series, I’ll talk more about the music side of this Japanese Nostalgia I’ve been feeling. 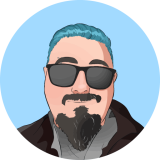 Ryan is the Editor-in-Chief of BoxingOctop.us. He lives in Toronto, Canada where he works as a SecOps Specialist in the financial sector.

We use cookies to ensure that we give you the best experience on our website. If you continue to use this site we will assume that you are happy with it.OkNoRead more